Welcome to the ADA Ninjaz Wiki

The best place to find information about all things ADA Ninjaz project and ADAn manga series!

The ADA Ninjaz NFT is a collection of randomly generated 2D avatars. The designs are inspired by the popular Seinen anime art style, combining attributes from traditional ninja lore with modern-day clothing assets.

The lore is focused around a raging war between 3 individual clans, each with their own unique identity and reason for fighting for their clan’s survival. On top of collectible NFTs, ADA Ninjaz will be the world’s first community-driven manga series. Owners of ADA Ninjaz NFTs are given voting power to decide the ultimate fate of each clan.

This is a tribute to the digital age, ADA Ninjaz is taking the themes of manga and anime that billions of people grew up in love with, integrating it with blockchain technology, and opening up a world of opportunities within the metaverse, both for developers and the future community.

We're a collaborative community website that anyone, including you, can build and expand. Wikis like this one depend on viewers, listeners, and readers getting involved and adding content. Click the "ADD NEW PAGE" or "EDIT" button at the top of any page to get started! Let's build the ninjaz-verse together!

Where once there were talks of a united Ninava, there now run deep rivers of distrust. Where once there was communication, the shaking of hands and spirited toasts to health and longevity, there is now hollow silence. Their discordant ways of life, their clashing cultures and divided philosophies has torn the three Ninavian clans further and further apart. It seemed the distance had led to disinterest, the disinterest to some sort of pseudo-peace peppered with nothing more than skirmishes fueled by petty differences. Until not too long ago… No-one knows who stepped out of line and struck the first great blow. Some say the Atsuko attacked Asahi first. Others, that the Aramar launched a nation-wide hunt in order to cement their unrivaled power. Some even say the Daisuke had turned to terrorist methods in protest of corrupt technological and environmental laws passed to benefit the 1%. All we know is that the flower petal has floated down through time and finally reached the edge of the katana. Only time will tell whether it has been sharpened enough to cause the divide of a nation and its people. 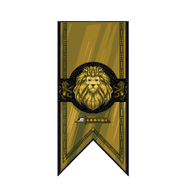 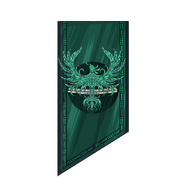 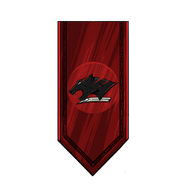 ADA Ninjaz: Shards of Ninava is a play and earn, build and earn 3D isometric multiplayer action game where players, representing one of three clans, fight to claim territories by competing in arena mini-games. Shards of Ninava is developed on the Cardano blockchain network.

Players must have an Eternl or Nami wallet to be able to log into the game. Shards of Ninava does not require  ADA and or $NINJAZ to play the game.

As of the 29th of June 2022, the official Alpha has been released. As it is a playable Alpha, please note that there may be various bugs that can be encountered. These bugs and any other feedback can be provided to us by clicking 'Give Feedback' in the lobby page. Check out the Official ADA Ninjaz Blog for the walkthrough or check out our Twitter thread!

If you see this, your JavaScript might be disabled or DiscordIntegrator plugin isn't working. If the latter, please contact a wiki administrator.

You can also be part of the larger Fandom family of communities. Visit Fandom's Community Central! 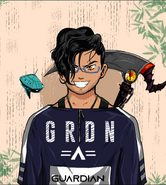 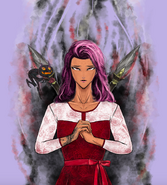 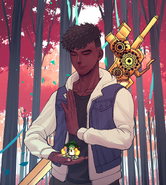 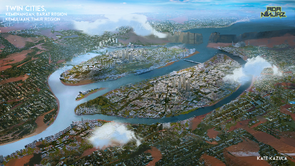 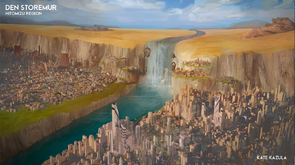 Got a character you'd like to create based on one of our NFTs? The Ninjaz-verse is the space where we all create our world together! If you want to tell stories with us, create characters from your NFTs (or share what you’ve already created) and collaborate on the world we’re building, then we're excited to have your mind added into our world!